netomat and France Tourism Canada partnered to power their exciting new Christmas tourism social media campaign called Festive France. The English and French language campaign tracked the adventures of three travel bloggers as they toured the Loire Valley, Provence, and Evian/French Alps and aggregated all of their social media posts from Twitter, Instagram and Facebook onto French and English versions of a website dedicated to this campaign. The social media campaigned was co-sponsored and supported by Air France, Rail Europe and Accor Hotels to drive travel to France this holiday season.

The websites can be seen here: 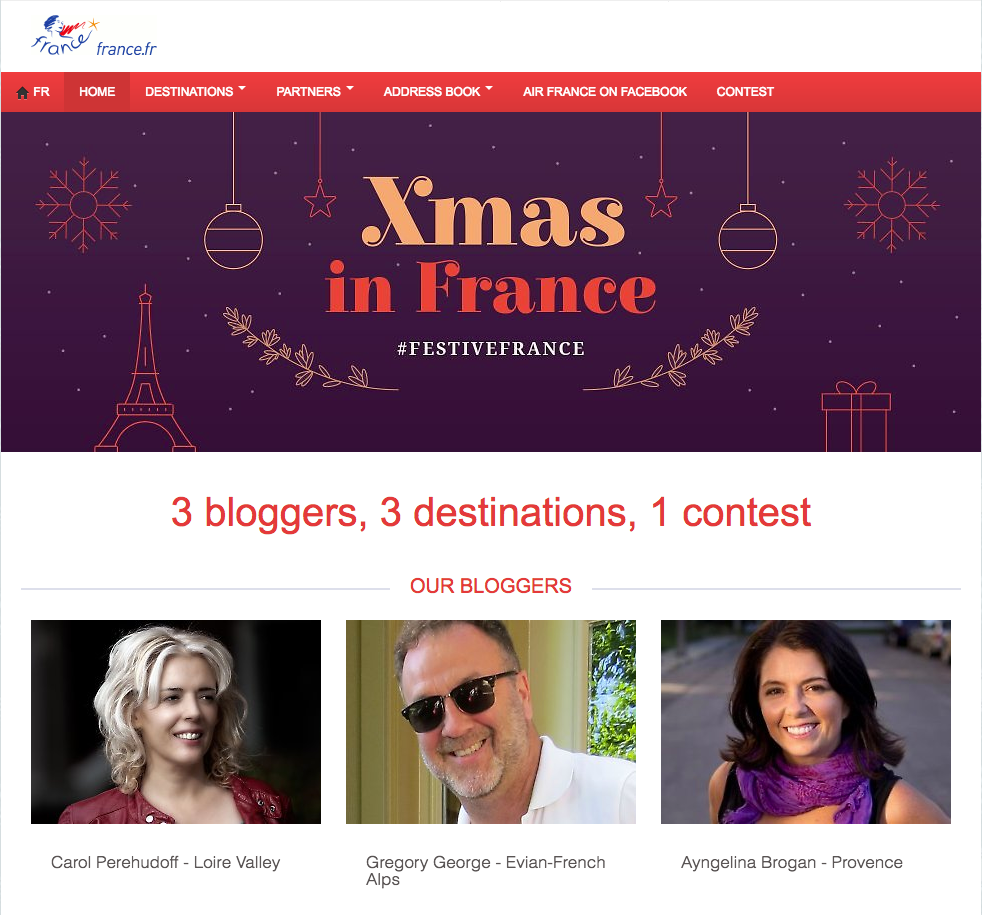 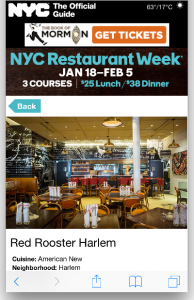 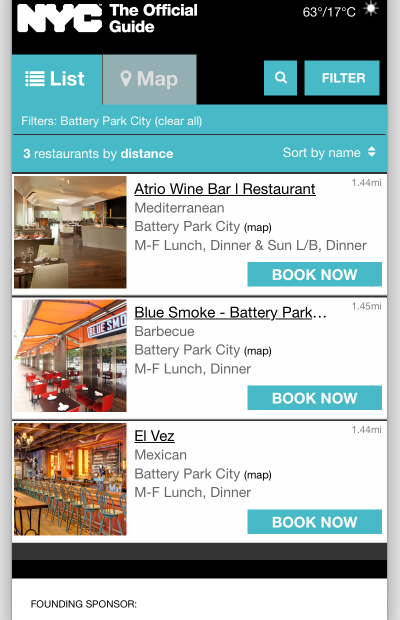 NYCGO.com, the official tourism organization for New York City (the greatest city in the world! – not that we are biased or anything…) announced that Taylor Swift will be its official global welcome ambassador.

Learn more by visiting the netomat-powered NYCGO.com mobile website  on your phone! 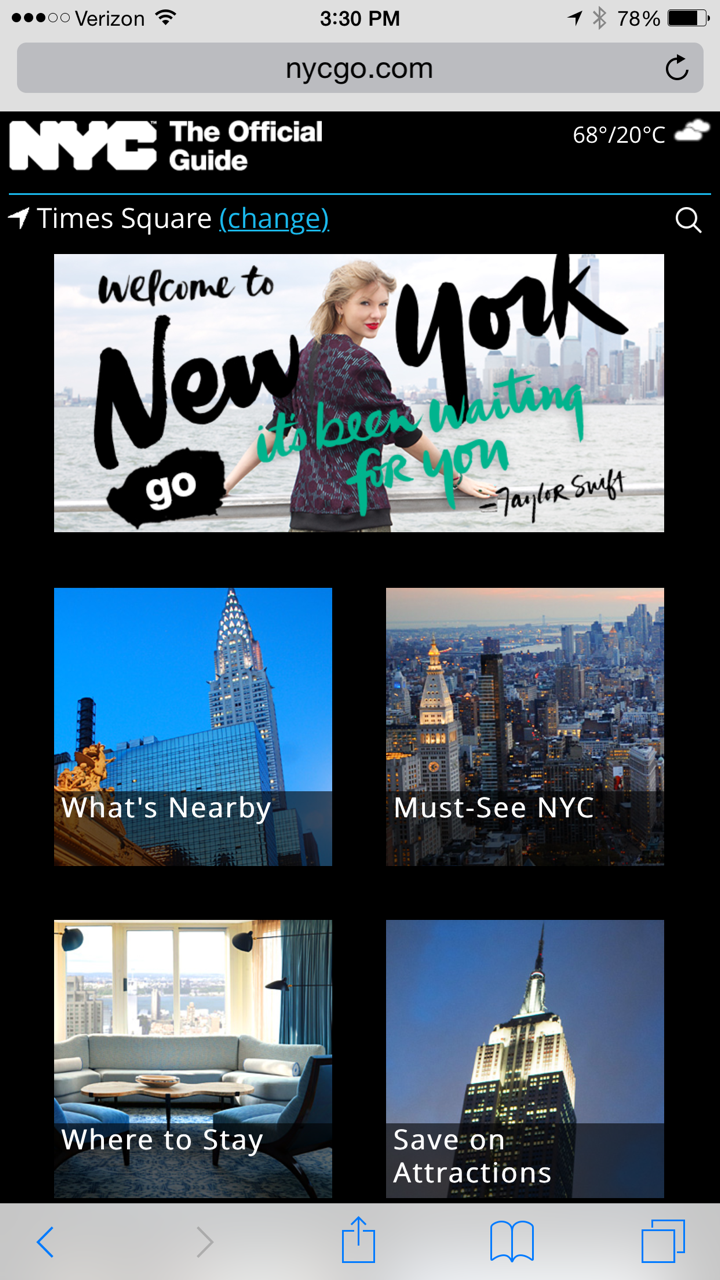 Atout France USA, France’s official tourism development and promotion agency in the USA, partnered with netomat to develop a fun social media campaign across web, tablet and mobile that followed several well-known travel bloggers as they journeyed through some of the most beautiful and culturally-rich cities in northern and southern France. The campaign, #TopFrenchCities, followed the bloggers or “travel ambassadors” as they visited Reims, Dijon and Poitiers in the North of France and Nice, Aix-en-Provence and Marseille in the South of France.

netomat was responsible for all design, development, integration, and ongoing hosting and management of this exciting, responsive design-based campaign. For more information, please contact sales@netomat.net. 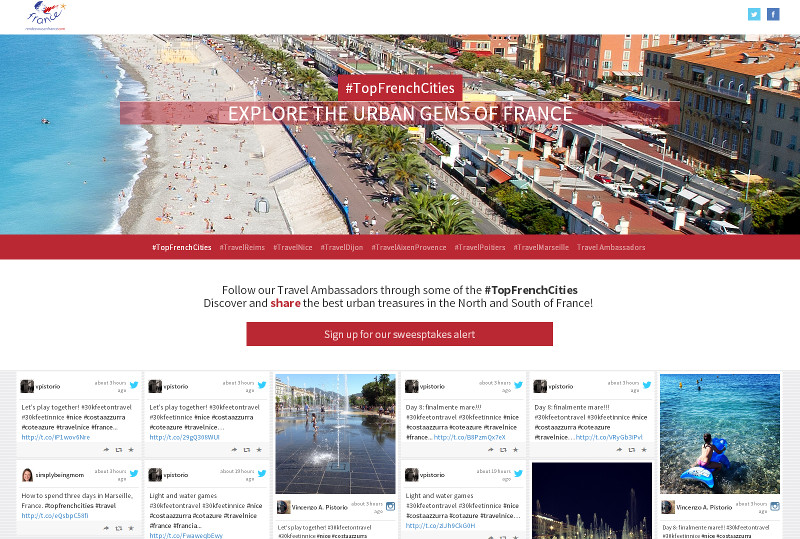 When Tim Cook took to the stage at WWDC this week you could tell something was different. Usually the keynote is dedicated to showcasing all the front-end, user-centric features of the next iOS and OS X, with the new developer tools taking a backseat at private labs during the week. But this time Cook revealed that a full third of the keynote would be dedicated to showcasing the greatest features of the iOS 8 SDK–something Cook boasted was the “biggest release since the launch of the App Store.”

It turns out that wasn’t just hyperbole. As WWDC winds to a close here are what developers told us are four of the massive changes to the iOS SDK that will make coding for it better than ever. What’s most surprising? In an uncharacteristically sympathetic way for Apple, they seem correspond to the most prevalent developer complaints. END_OF_DOCUMENT_TOKEN_TO_BE_REPLACED

Spotliter app adds real-time effects to your iOS videos
Like an Instagram for video, Spotliter Video offers a variety of very cool filters you can apply while you shoot.

With the arrival of iOS 7, iPhone and iPad users received a smattering of Instagram-style visual-effect filters for snapping photos. But they can’t be used when shooting video.

Enter Spotliter Video, a free app that provides a choice of distinctive filters for video recording. It is, quite simply, like Instagram for video, though without the integrated sharing options. END_OF_DOCUMENT_TOKEN_TO_BE_REPLACED

Videos and Photos made extraordinary by your touch. Spotliter is a new iPhone camera app which offers unique Touch Effects. Touch Effects enable you to tap, slide or pinch your fingers on the camera screen to “spotlite” or add an effect to a specific area of your photo or video. 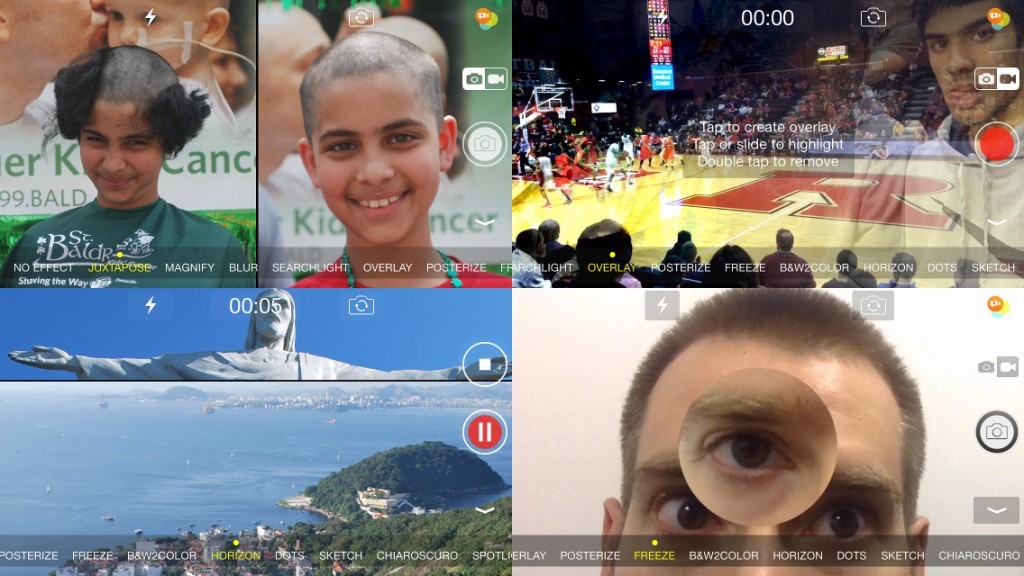 Spotliter v1.0 launched to universally positive reviews, including these from CNET, Cult of Mac, The Indian Express and VideoMaker.

You can download Spotliter from the iTunes App Store or go to www.spotliter.com for more details.

Oracle WebCenter Sites Mobility Server offers state-of-the-art technology and a comprehensive solution to enable organizations to publish rich websites and deliver an exceptional user experience across thousands of mobile and tablet devices. This whitepaper offers an overview of how Mobility Server compares with Responsive Web Design and the new Sites Mobile Option:

Mobility Server: Simplicity. Out of the Box. 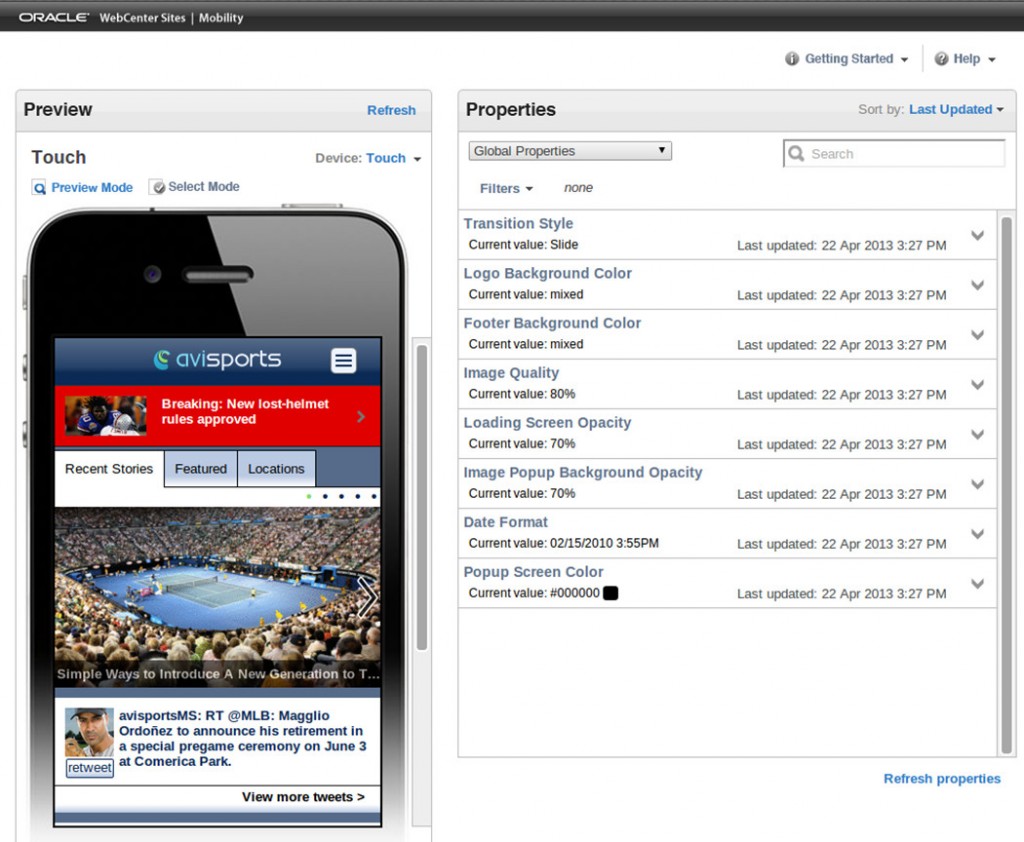 Oracle has released the latest version of Mobility Server as part of its general release of the v11.1.1.8.0 version of its WebCenter Sites web content management suite. Developed by netomat, Inc. and resold by Oracle, Oracle WebCenter Sites Mobility Server has been licensed by dozens of large enterprises around the world. Mobility Server v11.1.1.8 includes numerous sophisticated new features which leverage the latest HTML5 and CSS3 capabilities for the mobile browser including tab layouts, collapsible regions, offline storage, live updates to specific sections of a mobile web page and more.

The latest version of Mobility Server also introduces several new capabilities that make it extremely simple and fast for customers to create one or multiple mobile web sites and web applications that display beautifully on thousands of different mobile and tablet devices without requiring the customer to have staff who are experts in mobile technology.

Go to www.nycgo.com/rw on your mobile phone to make reservations and eat at some of the finest restaurants in the world at a fraction of the price you would normally pay! 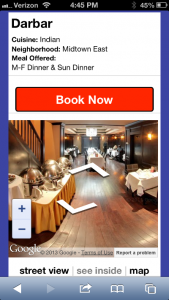 With the NYCGO mobile web app powered by netomat, you can search for participating restaurants by neighborhood, by cuisine or those closest to you. Check out restaurant descriptions, menus and make reservations all from your phone.

New SEE INSIDE feature: For several of the participating restaurants, you can now click on See Inside (powered by Google) and do a virtual walk around inside the restaurant before you go!

What are you waiting for? Go to NYC Summer Restaurant Week 2013 now and grab your reservation!